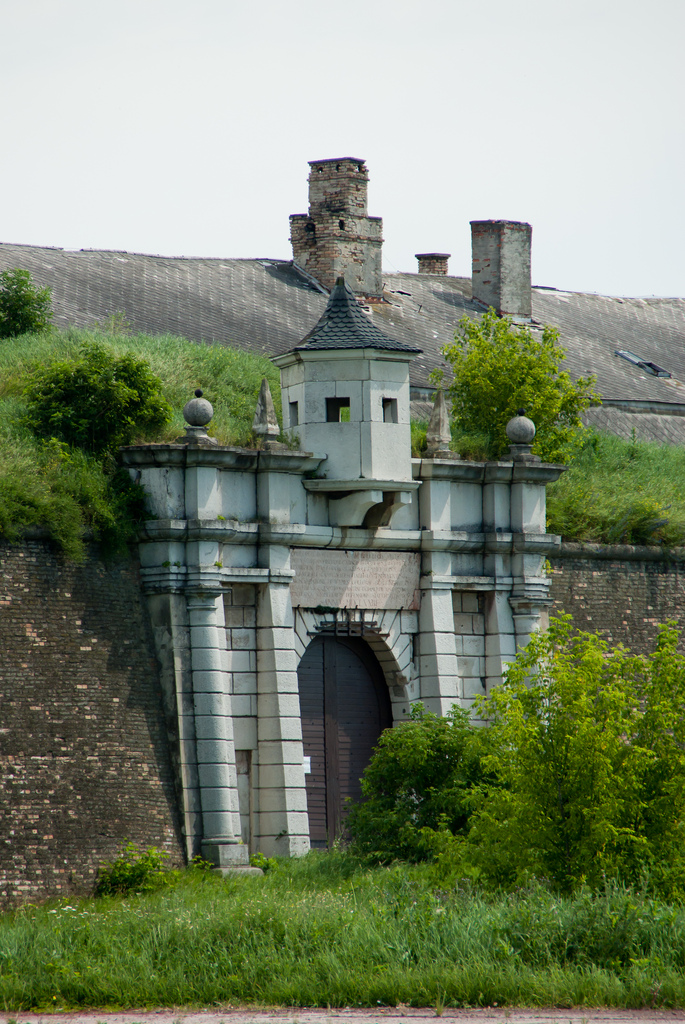 The fortification system in Komárom is a unique military complex, its significance spreading over the borders of Hungary and Slovakia.

In the 19th century it was the most powerful and the biggest construction of the Austro-Hungarian Monarchy. Its invincibility is commemorated by the statue of the “Stone Virgin“ decorating the Western Bastion of the New Fortress and the sign undrneath which says: NEC ARTE NEC MARTE – neither by trick nor force. These words characterise precisely the whole fortification system which was perfect and impregnable in its time.

Komárom, even in the old times, was a well-protected area thanks to the rivers and marshes that surrounded the town. Archaeological findings prove the presence of the Celtic, Roman and Avar tribes. Anonymus mentions first in his work the Gesta Hungarorum that in the territory of the present Old Fortress in the 10th century the first earthen fort was built. On the eastern side it was protected by the River Vaag-Danube, on the southern side by the River Danube and on the western side it was protected by a moat that connected the two rivers.

On 22nd February 1440 Ladislavus V, Czech and Hungarian king was born in the fortress under adventurous conditions. After his death, Matthias Korvin was chosen king of Hungary who had magnificent renaissance palaces built in Komárom (as well as in Buda and in Visegrád). This period was the golden age in the history of the fortress. The architects were primarily interested in artistic purposes regarding the building and the construction of the fortress so the military views got secondary importance. King Matthias frequently stayed in the castle with the greatest of pleasure. Unfortunately, there is no proof or any artifacts from the turbulent events of the next period.

At present  the whole fortification system, which is situated both in Hungary and Slovakia, due to its world-wide significance deserves to be part of  the UNESCO’s World Heritage.

Welcome to the Hotel Bow Garden situated only 100 metres away from the historical centre of the city of Komárno.

It was reconstructed from the jewish synagogue and an old winery with 155 years of history [..]